What is FLAC and why should you use it? 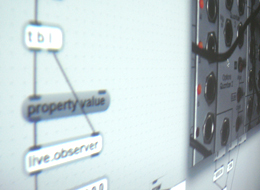 I decided to give away the new synnack release as free mp3 because with the more experimental sounding releases, the audience is much smaller and I felt it was more important for it to get heard, than to sell it. However, I also know that many people who are into more experimental styles consider themselves audiophiles and shun "mp3" as a valid way to consume music. I've been embracing the FLAC format for a while for my own use. Whenever given a choice, I buy music as FLAC (even over CD actually) and v2.5 is available for only $5 in FLAC format (with extra stuff of course).

$5 is cheaper than you'll find any other full-length release from most labels. I think the fact that so many services charge $10 for a digital release, then $12 for a physical CD is a ripoff. I see the same thing now with the Kindle app/store and iBooks. People are charging over $10 for a book that costs less than $20 for the actual book... and the digital one often doesn't have any artwork with it. It is NO WONDER to me people steal so much digital content. Buying it legitimately is a ripoff in so many cases. Luckily, depending on your view, convenience always trumps quality/value though. I have actually bought music on iTunes that I have on CD just because it was easier than getting up and finding the CD.

But why FLAC anyway? Why should you care?

FLAC is a music compression file type like MP3 with a few key differences.

FLAC sounds the same as (or better than) CD, still saves you disk space, is an open format, and all you need is a free player that would even let you convert it to another format you can use anywhere. So then, why wouldn't you want FLAC formated music?


Getting started with FLAC:

Sick of being ripped off for paying way too much for MP3? Your first FLAC purchase can be synnack v2.5 for only $5 USD. Chances are you'd buy me a drink in a bar. Buying my FLAC is better on my liver. :-D BUY ME ON FLAC